You are here: Home / Archives for Snorkeling

You'll find all my posts related to snorkeling here. Most of these articles target beginners, but I like to challenge my readers. That means even experienced snorkelers could learn something new! The articles include gear and clothing guides, reviews, tutorials, and techniques. Picture this... Noisy splashes all over the water's surface. Bubbles and silt clouding your vision. Coral that's bleaching because too many folks have stood on, kicked, and grabbed at it. Not a pretty image, is it? And yet, this is what the vast majority of snorkeling tours look like. None of this would be a problem, though, if folks learned how to kick when snorkeling. If you're snorkeling, here's how you should kick: Like a frog. Yes, I know it's unconventional. But I believe that this … END_OF_DOCUMENT_TOKEN_TO_BE_REPLACED What are the advantages and disadvantages of single vs. double lens masks? This question may be first on your mind if you're looking to buy a new diving mask. It certainly was for me! And yet, beyond a few forum posts on various SCUBA boards, no one seems to have written much about this, let alone provided a definitive answer. The reason for this is quite simple... There are no inherent advantages or disadvantages between single vs. double lens masks. Ultimately, it comes down to what works … END_OF_DOCUMENT_TOKEN_TO_BE_REPLACED 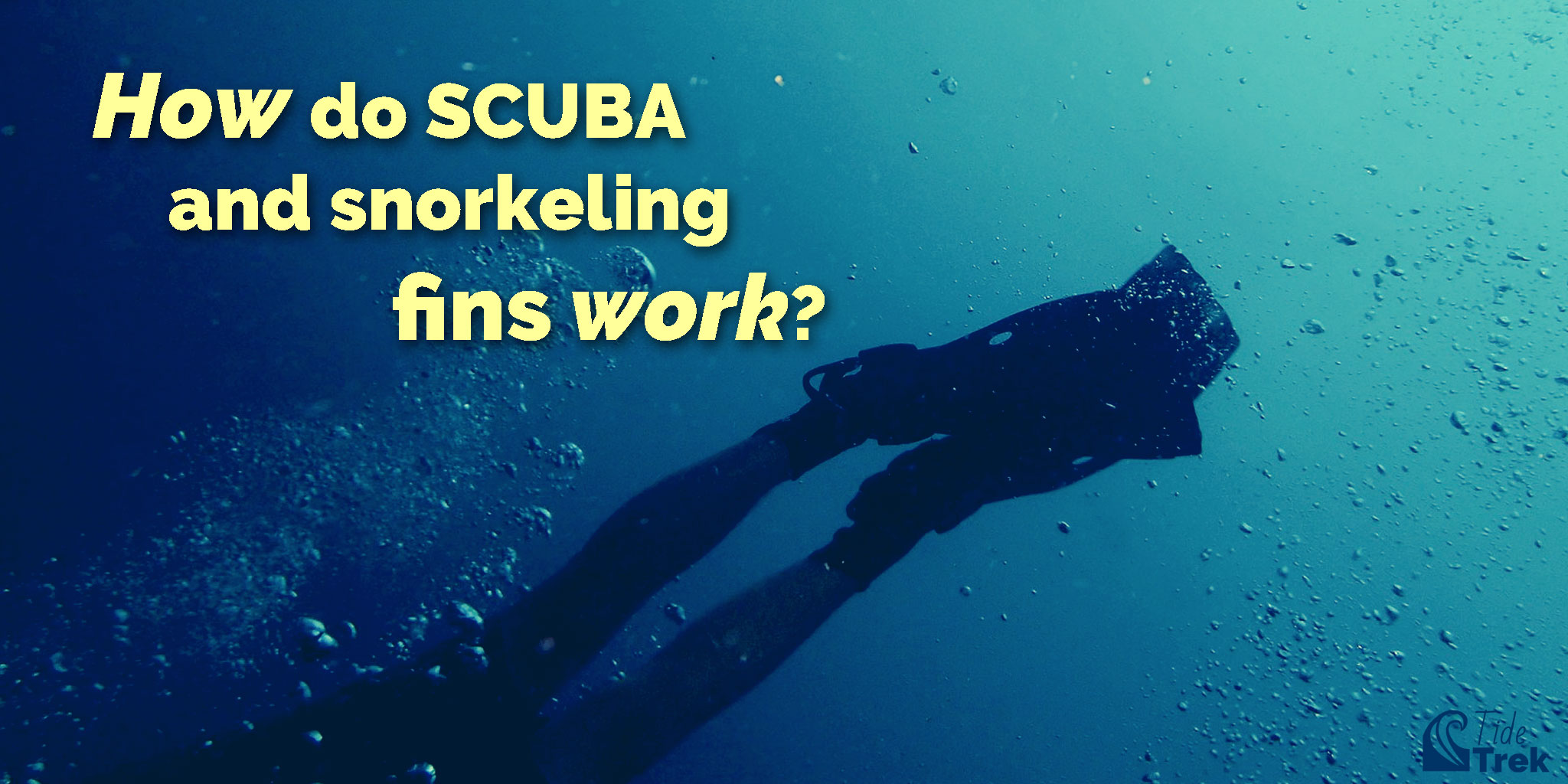 Did you know? The modern design of the fin was invented by a Lieutenant Commander in the French Navy, Louis de Corlieu (source). Inspired by how the webbed feet on frogs and ducks propel them through water, de Corlieu designed wearable swim fins that work in a similar manner. He demonstrated his first prototype to the public in 1914 and later left the navy to refine the design, patenting it in 1933. By 1939, the propulseurs de natation et de sauvetage (swimming and rescue propulsion device) … END_OF_DOCUMENT_TOKEN_TO_BE_REPLACED The modern design of the fin was invented in 1914 by a Lieutenant Commander in the French Navy, Louis de Corlieu (source). Since then, the design of the humble swim fin has seen countless iterations, styles, and designs to suit many different kinds of activities from snorkeling to SCUBA! One design that has become especially popular in recent years is the split fin. But is this new trend legit or just a gimmick? As it turns out, split fins can be a great choice for snorkeling! But to … END_OF_DOCUMENT_TOKEN_TO_BE_REPLACED

If you're in the market for a pair of fins to use on your next snorkeling trip, you might be confused about what kind of fin to buy. You should be buying your snorkeling gear at a dedicated dive shop (you can read this article to learn why that is important). However, that means many of the fins you'll come across will be designed for SCUBA divers, not snorkeling. But isn't a fin just a fin? What's the difference between snorkeling and SCUBA fins? SCUBA fins tend to be longer, stiffer, and … END_OF_DOCUMENT_TOKEN_TO_BE_REPLACED